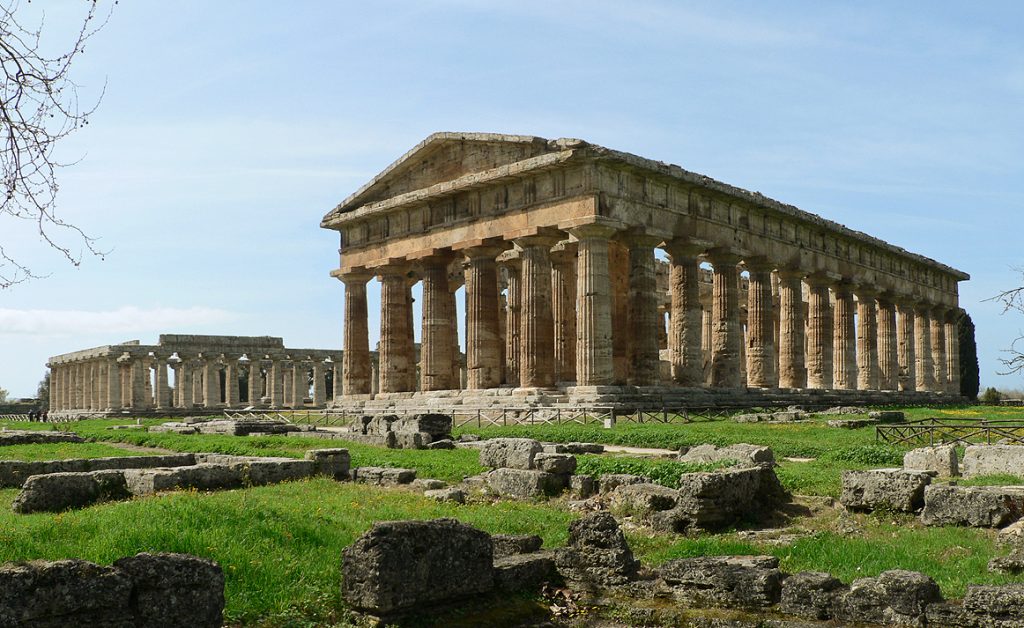 The Archaeological Park of Paestum

The history of the city of Paestum

The history of Paestum is very ancient and especially eventful: the origin of the city dates back to the distant VII BC by the Greeks of Sybaris who in the same period also began the colonization of southern Italy and Sicily which then took the name of Magna Grecia. The first name of Paestum was Poseidonia, in honor of the “God of the sea”, then after being conquered by the Lucanians in 273 bc it became a Roman colony with the name of Paestum.

What to see in the Archaeological Park of Paestum?

In the “Archaeological Park of Paestum” there are many extraordinary archaeological finds to visit, which with their history will make the visit a unique and different experience from the others. Among the many wonderful monuments present, those not to be missed are: the temples, the amphitheater, the forum with comitium, the sanctuaries and the Necropolis, where one of the most famous tombs in the world was found, the incredible and fascinating “Tomb of the diver”.

THE TEMPLES OF PAESTUM 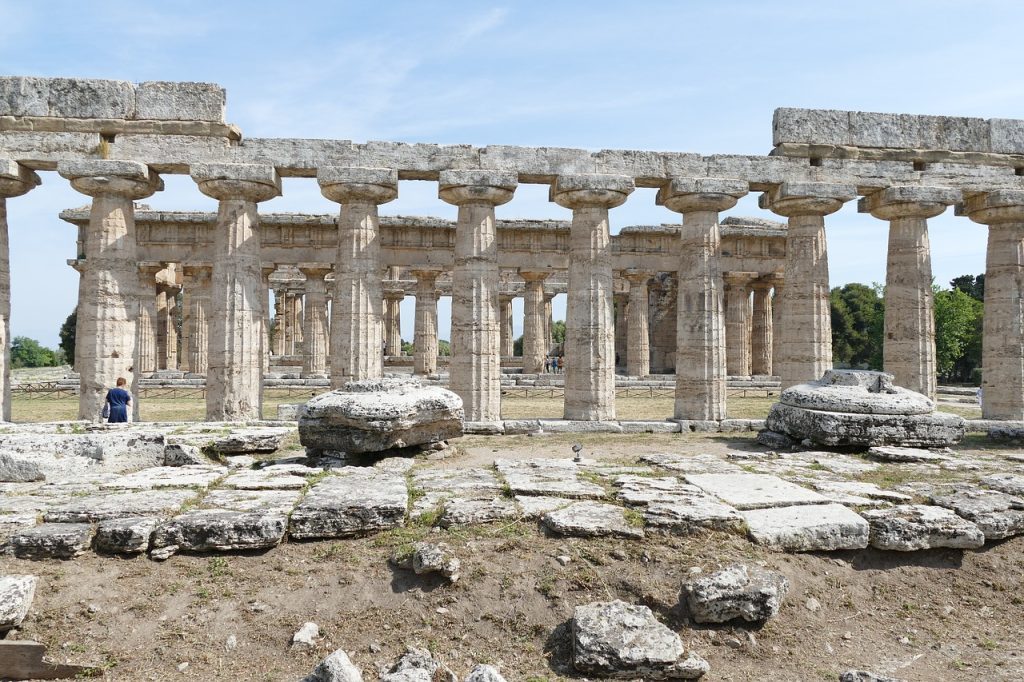 Now let’s see what are the most significant:

THE TEMPLE OF HERA OR BASILICA

The Temple of Hera, also called Basilica, is in the south of the archaeological area, next to the Temple of Neptune. The construction of the Basilica of Paestum began around the year 550 BC, it is a Doric temple dedicated to Hera, The Goddess of fertility. 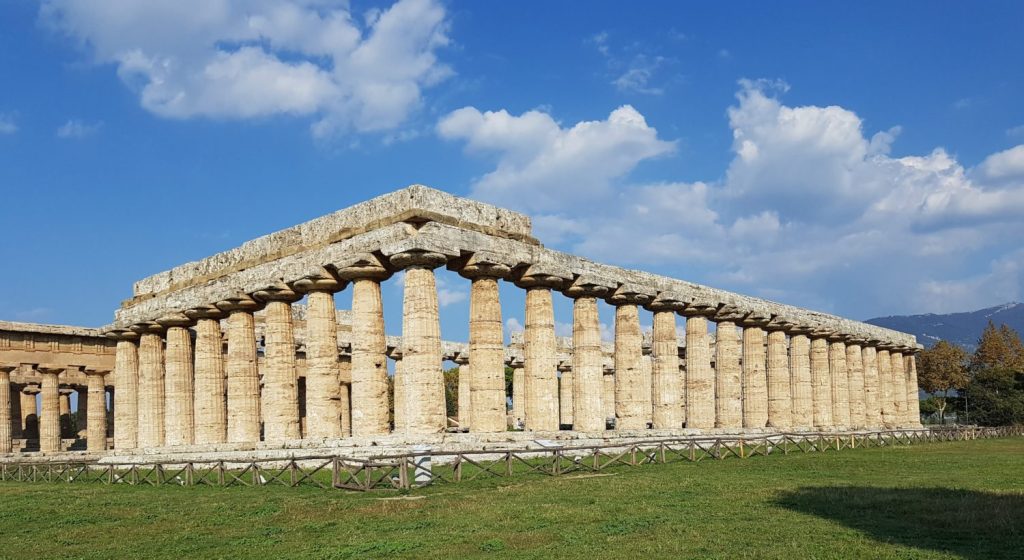 THE TEMPLE OF NEPTUNE

The Temple of Neptune is the largest in the Archaeological Park of Paestum. The temple was built a century after that of Hera, around 460 BC in travertine.

THE TEMPLE OF ATHENA

The Temple of Athena, also known as the Temple of Ceres, was made on an artificial relief that places it higher than the entire ancient city of Paestum.

THE TOMB OF THE DIVER

Inside the Archaeological Museum of Paestum among the many historical finds, there is a unique and incredible piece: The Tomb of the diver. One of the most famous tombs found to date, built around 470 BC The Tomb of the diver is a very rare example of Greek painting. It embellished a tomb found in a necropolis 2 km south of Paestum.

The walls are painted with symposium scenes (it was the convention of adult male citizens at the banquet and entertainments), in this case in honor of the deceased who is represented at the moment when he plunges into the afterlife. The concept of the afterlife was very strong in the ancient world, a way of thinking different from that of the Egyptians, a philosophical thought born of great personalities of antiquity such as: Plato, Parmenides and Pythagoras. The latter had a different idea of death than the peoples of the past, because they lived it as a metaphysical experience of liberation of the soul.

How to get to the Archaeological Park of Paestum?

Paestum is well connected to Naples, so you can easily reach it by car, you can also choose to travel by public transport, arriving at Paestum station by train. If instead you would like to reach the “Archaeological Park of Paestum” more comfortably by car, thus giving you the opportunity to enjoy this wonderful experience to the fullest, you can travel with us: NapoliNCC private transfers will take you wherever you prefer, with flexible hours and a professional driver at your disposal. If you want to visit the city of Paestum, you can also discover the services offered by Shore Excursion – Tours & Experiences, contact us and let’s define together the best solution for you!